While the Quintefeuille estate is a recent addition to the Burgundy landscape, its winegrower, Serge Lespinasse already has sound experience behind him. A native of Beaujolais and son of a winegrower, Serge started his life as an optician, a profession that he was passionate about. After fifteen or so years his wine-growing origins, which were emerging more and more regained the upper hand.
In 1997 he took the plunge! Went back to school and became a winegrower. He took over a vineyard in Lugny. He thus delivered his grapes to the wine winegrower’s cooperative. For 15 years he learnt his trade, improved, explored his soils, understood them, adopted them, integrated them.
A passionate winegrower he was however not satisfied. Want he really wanted was to make his own wine.
In 2013 it was done, he built his own wine cellar and left the winegrower’s cooperative. The first wine-making process was a success but he would wait for the 2015 vintage to put his name on the bottle. In fact he considers to have produced the wine he always wanted to produce with this vintage… 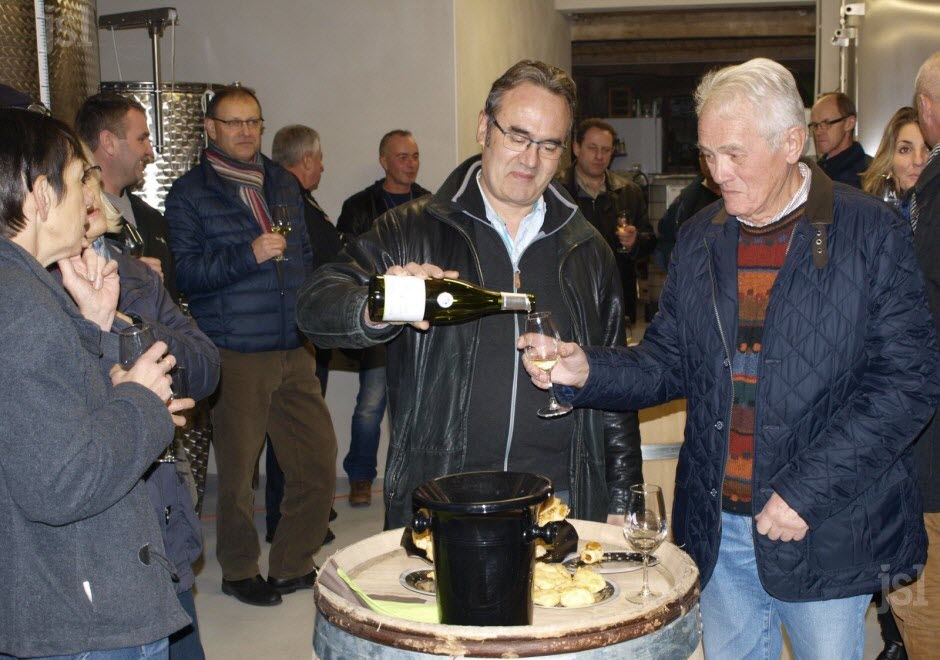 This website uses cookies to improve your experience while you navigate through the website. Out of these, the cookies that are categorized as necessary are stored on your browser as they are essential for the working of basic functionalities of the website. We also use third-party cookies that help us analyze and understand how you use this website. These cookies will be stored in your browser only with your consent. You also have the option to opt-out of these cookies. But opting out of some of these cookies may affect your browsing experience.
Necessary Toujours activé
Necessary cookies are absolutely essential for the website to function properly. These cookies ensure basic functionalities and security features of the website, anonymously.
Functional
Functional cookies help to perform certain functionalities like sharing the content of the website on social media platforms, collect feedbacks, and other third-party features.
Performance
Performance cookies are used to understand and analyze the key performance indexes of the website which helps in delivering a better user experience for the visitors.
Analytics
Analytical cookies are used to understand how visitors interact with the website. These cookies help provide information on metrics the number of visitors, bounce rate, traffic source, etc.
Advertisement
Advertisement cookies are used to provide visitors with relevant ads and marketing campaigns. These cookies track visitors across websites and collect information to provide customized ads.
Others
Other uncategorized cookies are those that are being analyzed and have not been classified into a category as yet.
Enregistrer & appliquer